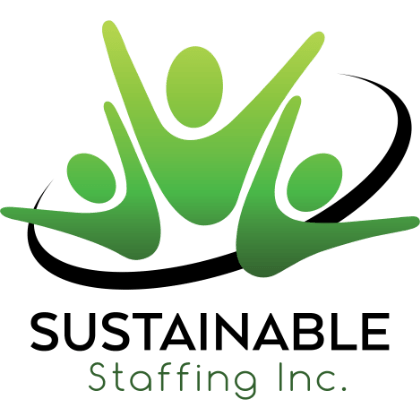 Freedom is Not Free

Written by Steve Repsys, a content writer for Sustainable Staffing.

Having never served in the military, I’ve always had the utmost respect for anyone who has served our country. This notion was reinforced a million times over having recently volunteered when the American Veterans Traveling Tribute (AVTT) came to Milky Way Park in Harvard, IL.

Sustainable Staffing Inc. served as a proud sponsor of the event organized by the Harvard Chamber of Commerce & Industry from September 8-11, 2022. The mission of the AVTT project is to honor, respect, and remember the men and women who served our country and to pay tribute to those who gave their all in service.

I was privileged to be one of the many volunteers needed throughout the weekend to make sure the tribute went as smoothly as possible. Over the course of volunteering, I met numerous military veterans and family members of veterans who were searching for a specific name on the replica of the Vietnam Veterans Memorial in Washington, D.C. set up at the park. The wall consisted of 144 black granite panels aligned side-by-side that measured nearly 400 feet long and listed all the confirmed American casualties from the Vietnam War.

People came up to me with tears in their eyes hoping to find a name of someone important to them. Looking through a directory as thick as a phone book, I was able to find names of those who passed away in Vietnam. I provided the exact location of where the names could be found on the wall. Oftentimes, I would physically guide them to the exact location.

One of the most important things that stood out most to me in my experience was that veterans who attended just wanted to share their stories and be heard. I had the chance to hear about what these brave soldiers went through and all the sacrifices they made.

I found myself listening intently to their heroic stories and experiences, thinking to myself that I don’t know how I would have survived five minutes of any of what they went through. One extremely nice veteran named Mike talked to me for over an hour about his military experience. My eyes just widened and I hung on to every word he said as he detailed many of his close calls and the effects he faces today.

I also had the privilege of speaking with another veteran named Bob. Bob went into graphic detail on what it was like to get shot in his arm from long range when he was serving in Vietnam. He even pointed to where the bullet struck him and described how lucky he was to be alive. He wasn’t the only veteran to show me his scars that weekend.

I distinctly remember the tragic events of 9-11 having lived in Boston at the time. The panels for 9-11 provided remarkable minute-by-minute details about each hijacked plane and what the passengers and crew experienced. The hairs on my neck stood up as I read the accounts and thinking how the terrorist attacks seemed like only yesterday, and fittingly the 9-11 tribute panels ran through September 11!

During my time volunteering, I was also awestruck by many of the patriotic events that occurred at Milky Way Park. Things I vividly remember are the moving presentations by the Color Guard, the stirring singing of the national anthem by high school students, the uncanny feeling I felt during the playing of “Taps,” and the sovereignty sight of a 21-gun salute.

I will also recall how the weekend made me so proud to be an American. Seeing so many U.S. flags flying majestically with all the glory of red, white, and blue just filled my heart with patriotism.

More importantly, I took the time to thank every veteran I came in contact with for their service and sacrifice. The looks of appreciation on their faces will stay with me forever.

Thank you to all the other volunteers who came out for this touching tribute. An enormous tip of the cap especially goes out to the Harvard Chamber for all their hard work coordinating the event and constantly being on site to make sure this incredible event could have the honor it so richly deserved! 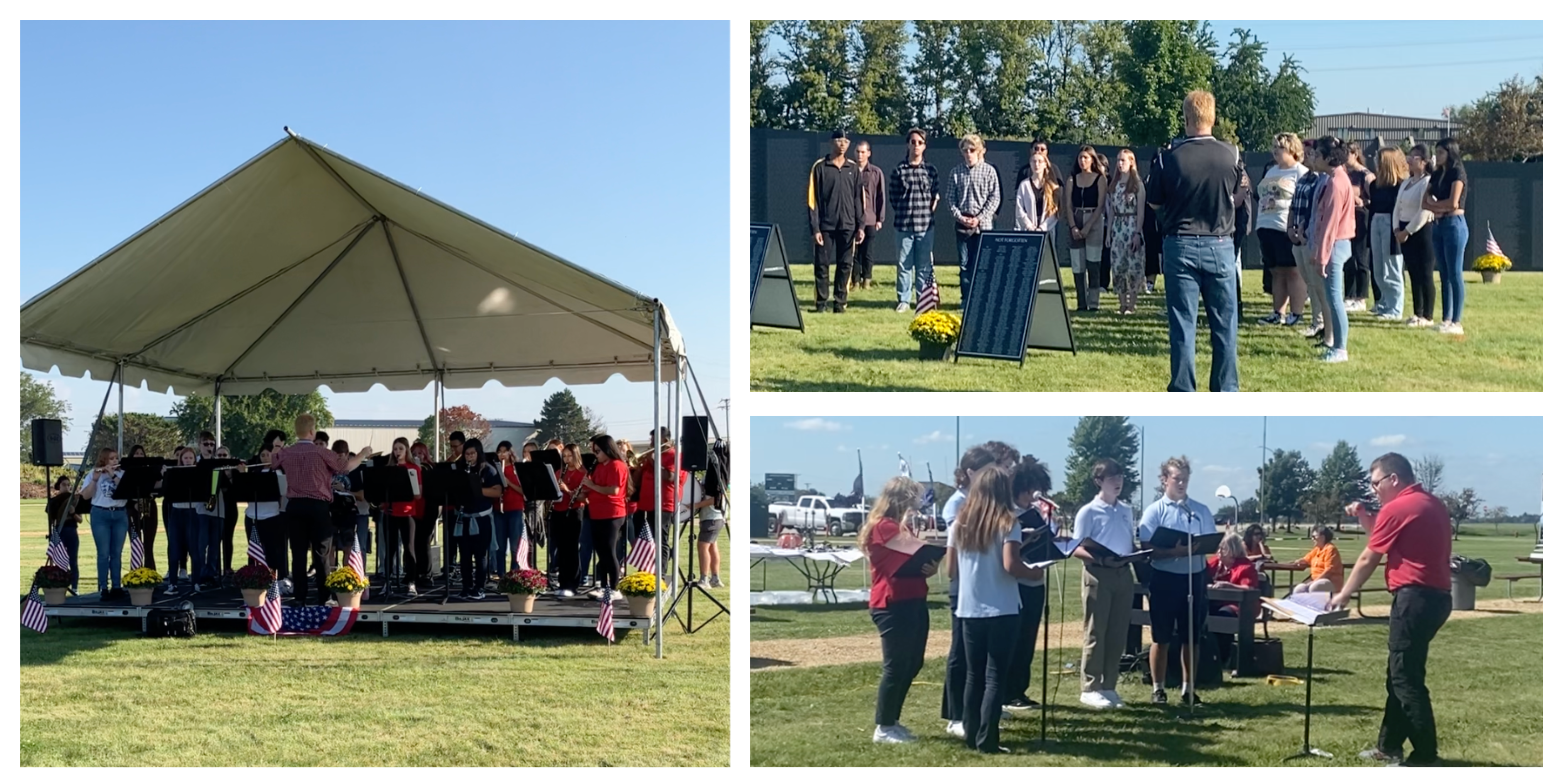 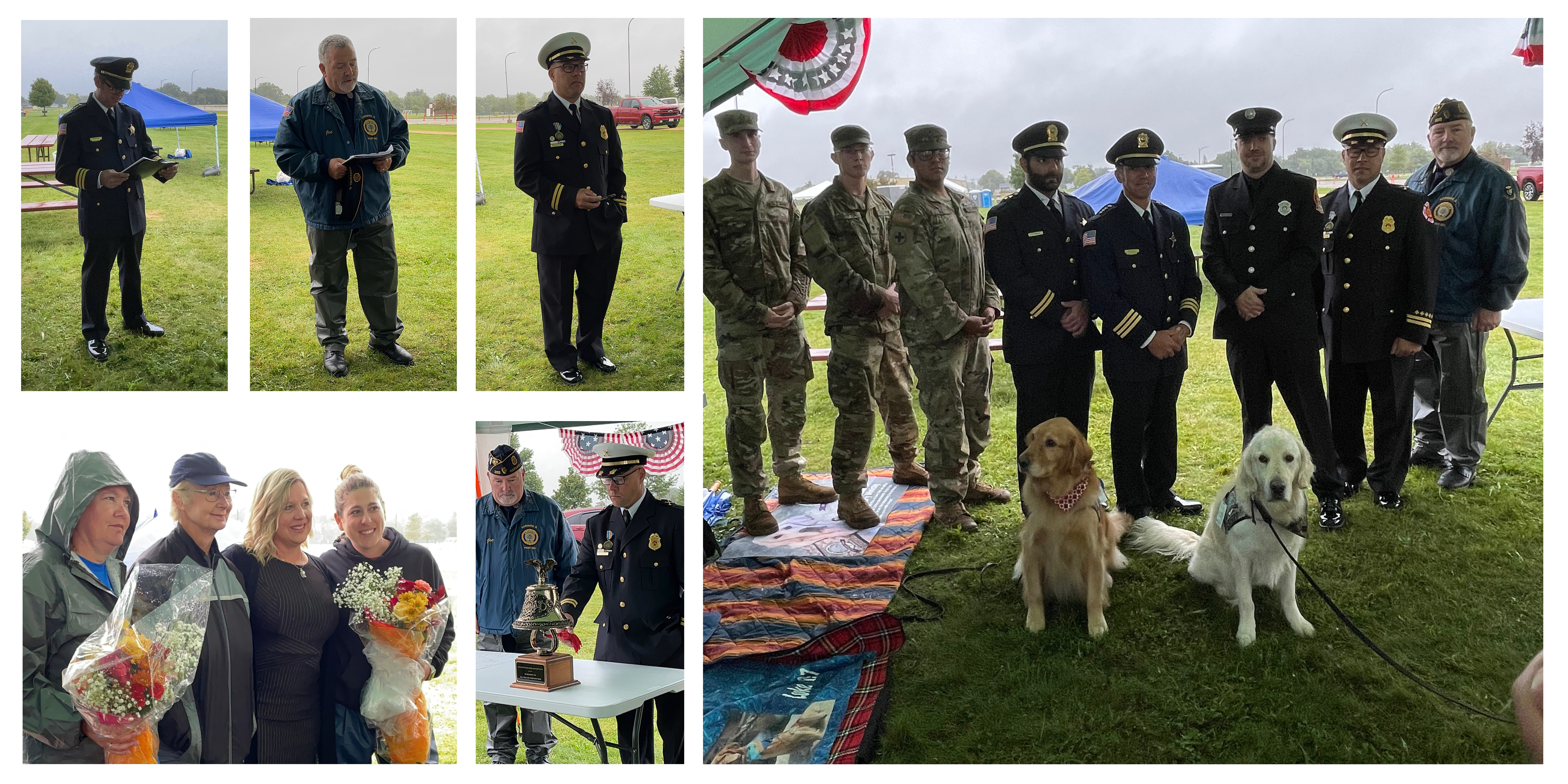 Members of the Wonder Lake Fire Department along with members of Harvard Fire Protection Mercy Health help to commemorate the 9/11 attacks, fittingly on September 11, 2022. 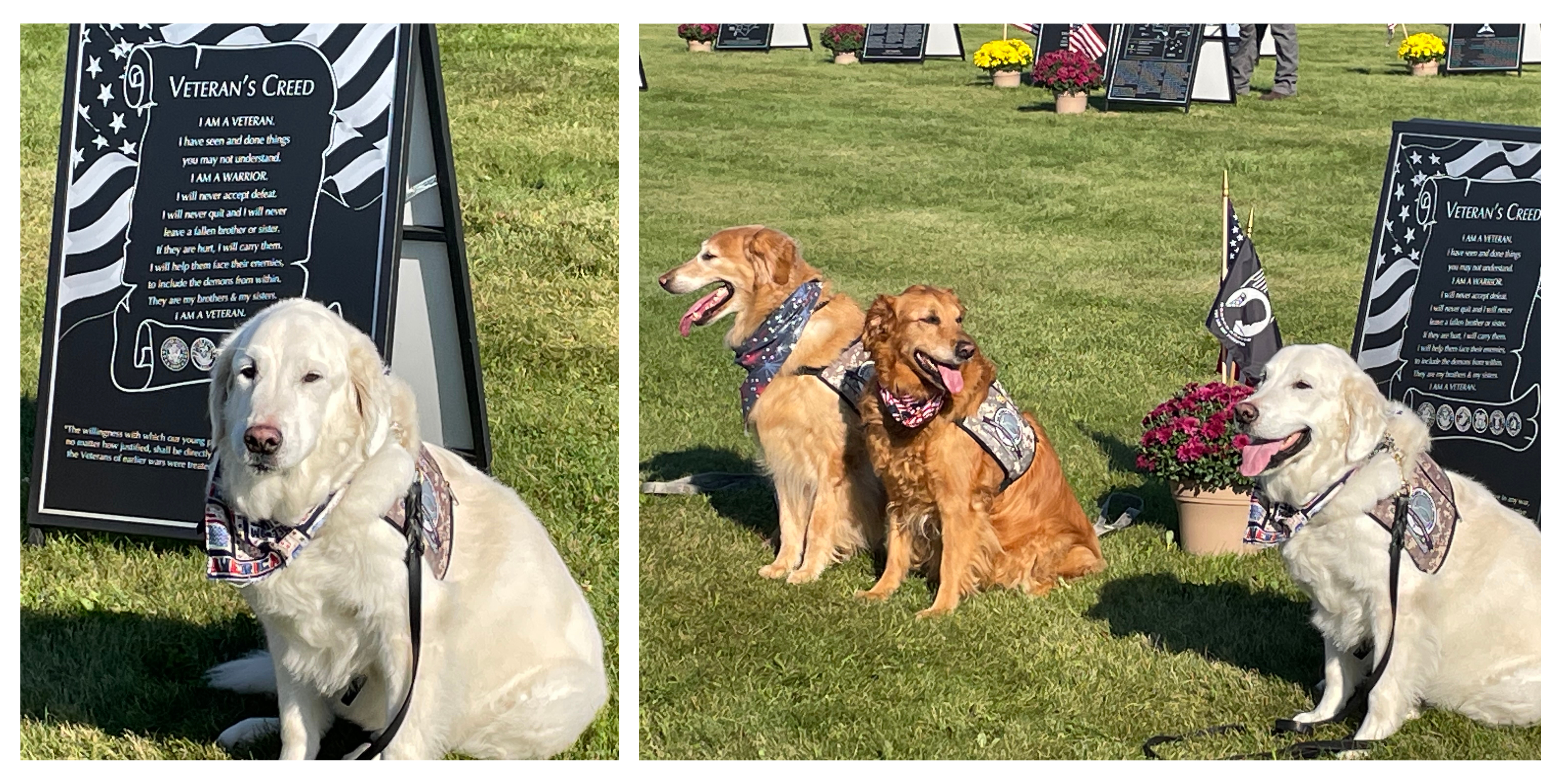 The traveling tribute features a host of events and animals, including therapy dogs. 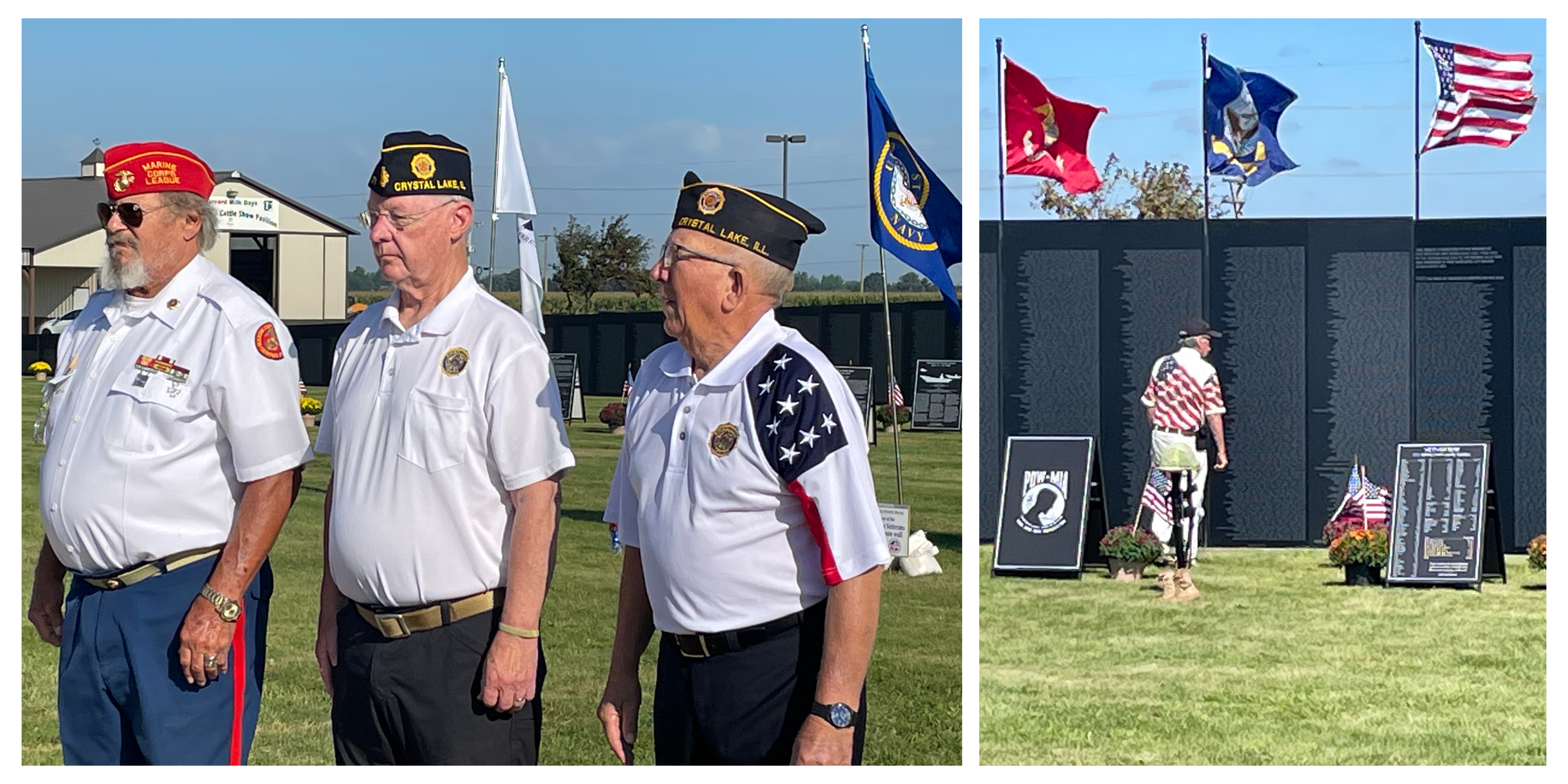 American flags play a pivotal role at the daily opening ceremonies. Throughout the ceremony, veterans in the Color Guard (left) help post the colors for the day. Two volunteers (right) are helping a veteran adjust the American flag on the flagpole making sure it doesn’t touch the ground before extending the flagpole. 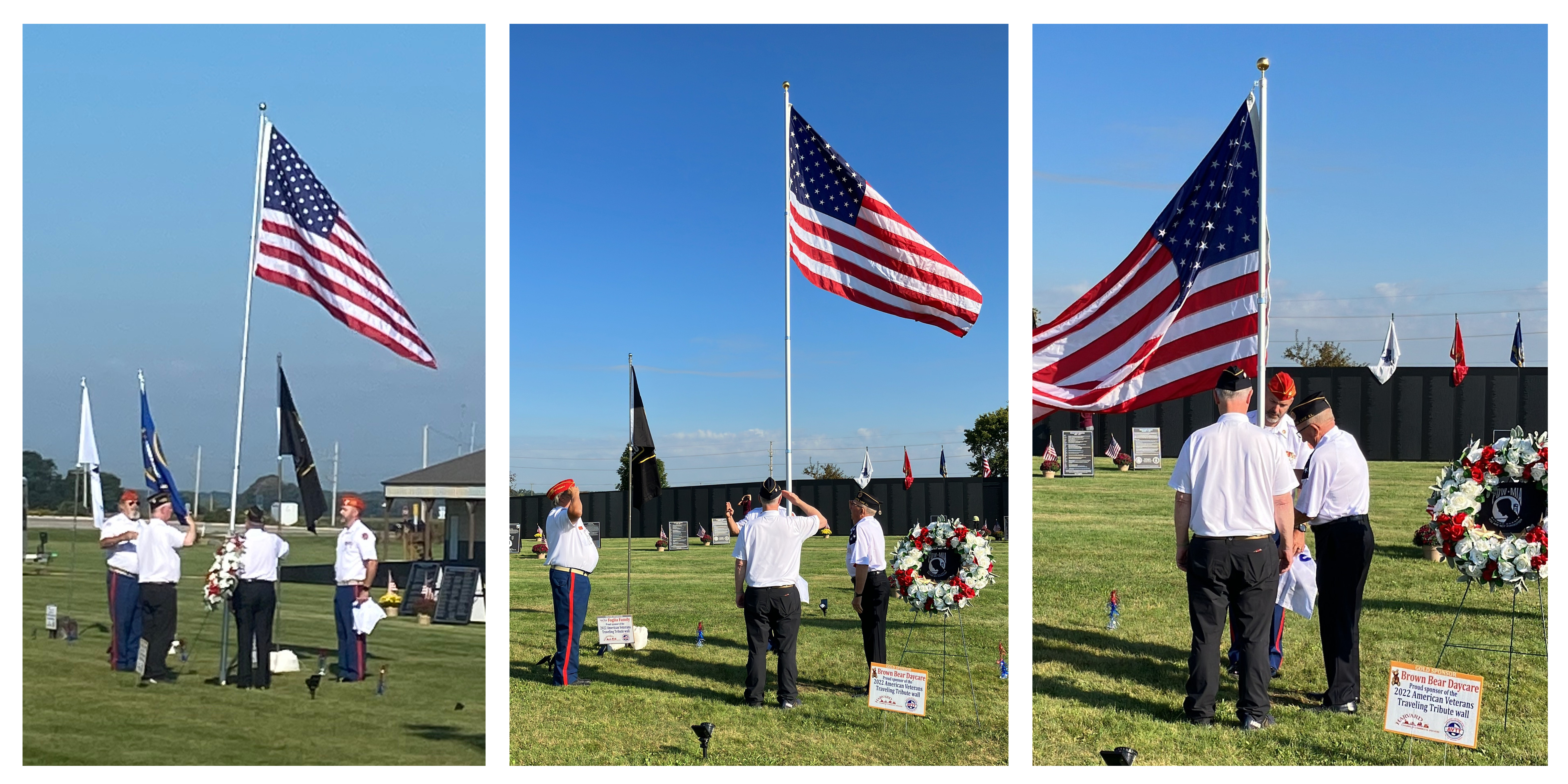 Numerous local and county American Legion veterans pay their respect as they help raise and lower the American flag throughout the weekend. 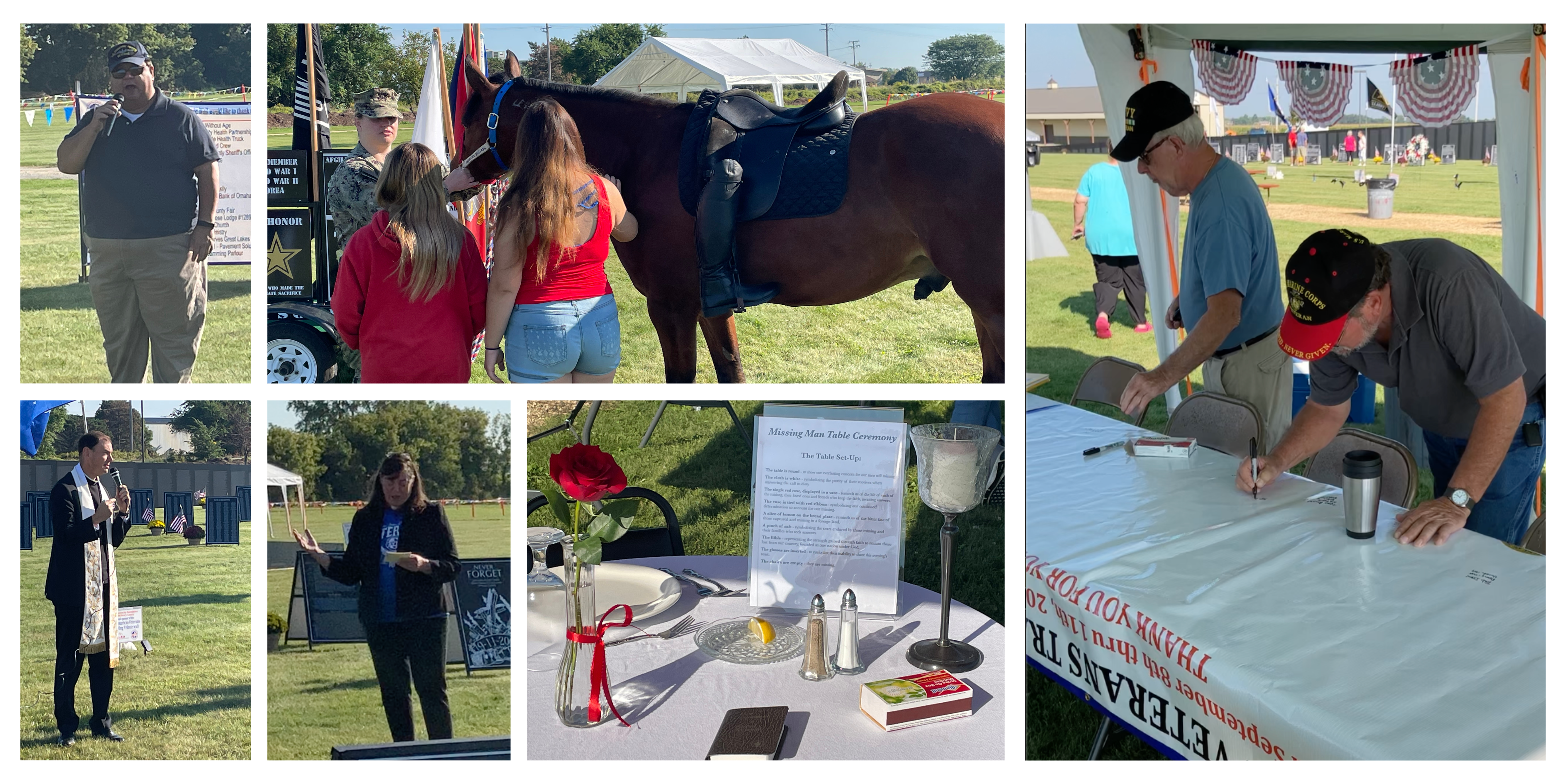 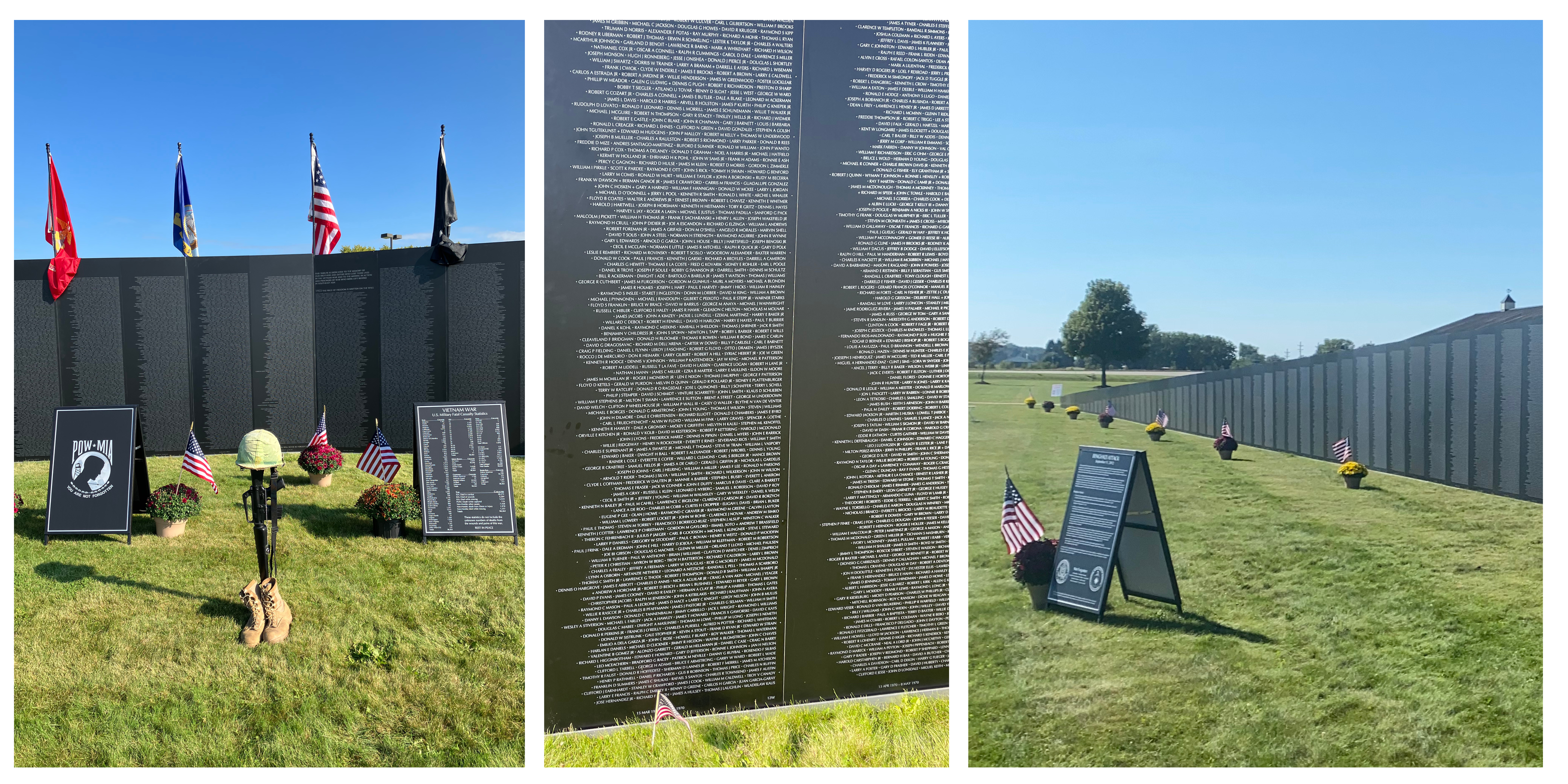 The American Veterans Traveling Tribute includes many touching tributes inclcuding a replica of the Vietnam Veterans Memorial in Washington, D.C. featuring the names of over 3,000 casualties. The tribute also showcases the Battlefield Cross (left) representing the honor, service, and sacrifice of soldiers who were killed in battle. 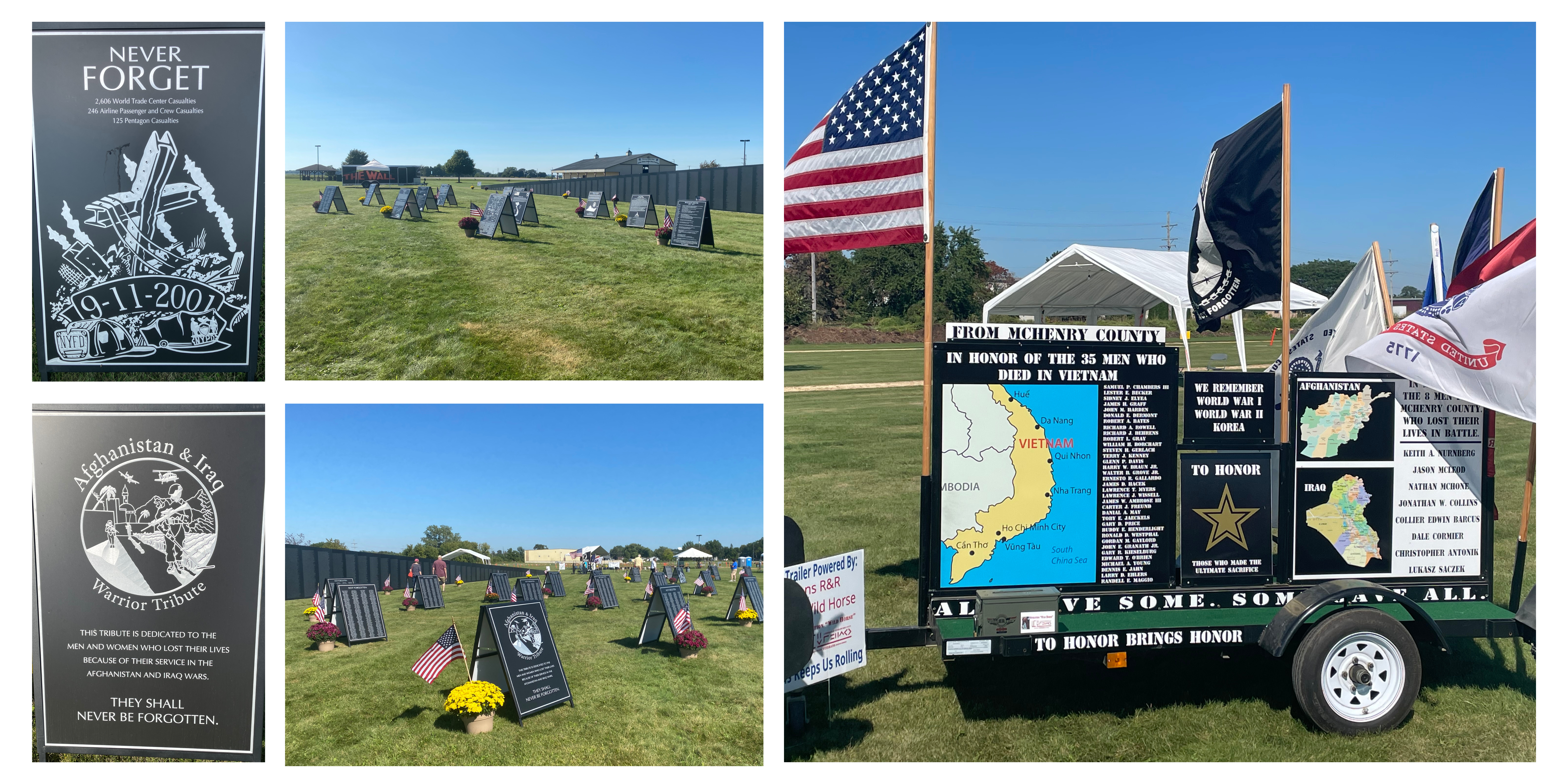 The American Veterans Traveling Tribute also provides information about 9-11 and the wars in Afghanistan and Iraq. In addition, the names of fallen veterans from McHenry County (right) who served in various wars throughout history provide a local reminder of those who gave their life for their country. 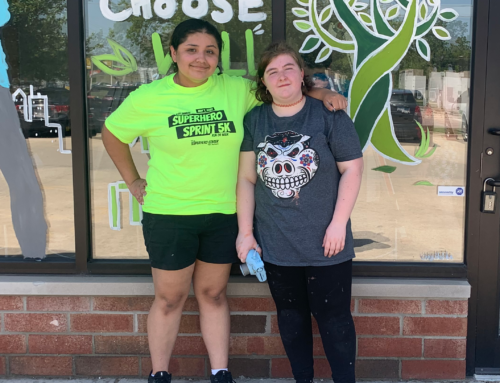 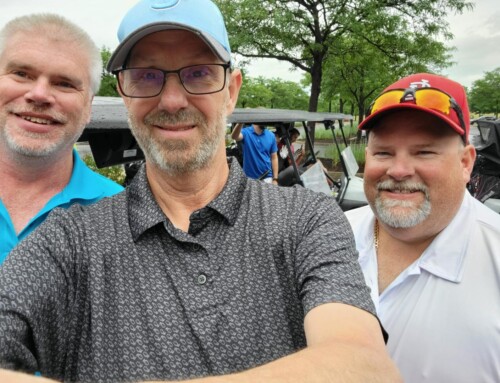